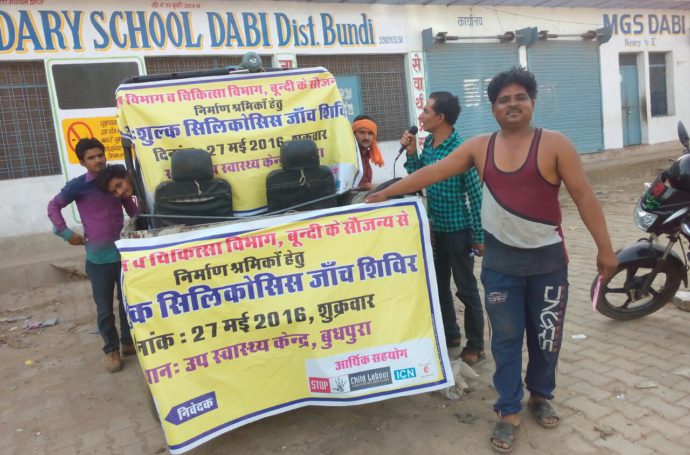 On the 27th of May, Manjari, with support of the State Forum on Natural Stone, Government of Rajasthan, Labour Department and Medical Department, has organised a mass health camp to raise awareness on silicosis among workers in the sandstone industry and screen workers on the occupational disease. Silicosis is an incurable occupational lung disease caused by the inhalation of silica dust. Out of the 82 workers that were screened 7 silicosis and 10 tuberculosis patients were detected. Furthermore, more than 500 sandstone workers were registered under the Construction Workers Welfare Scheme. Under this scheme worker are entitled to nine social security benefits, including compensation when affected by an occupational disease.